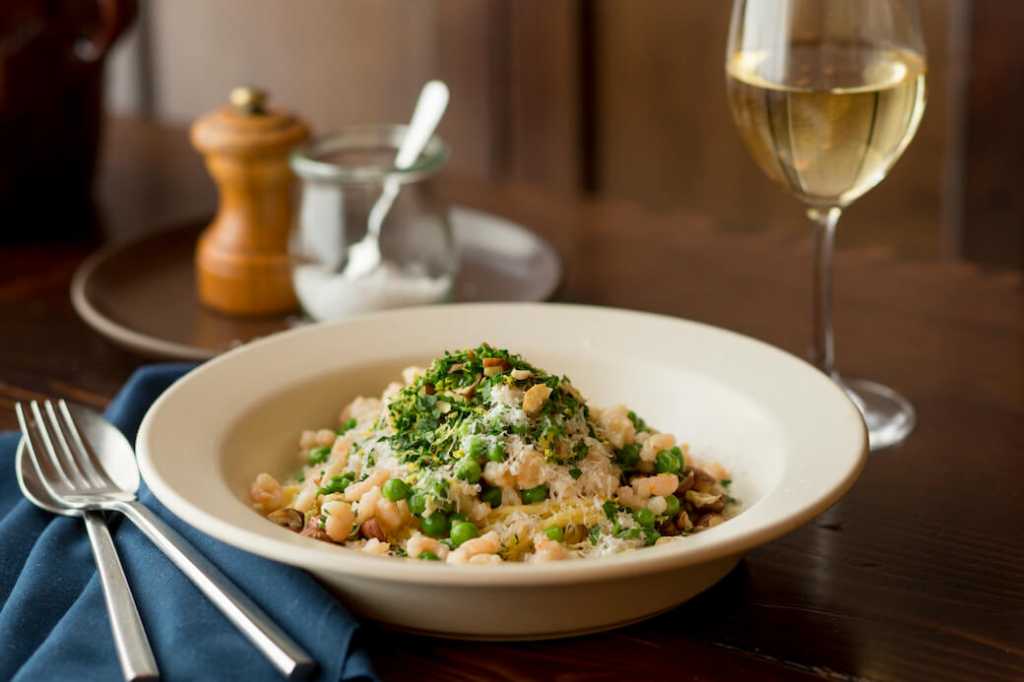 Every May we celebrate Oregon Wine Month. This west coast state encourages wine lovers to taste, tour, and celebrate all month long. What better way to enjoy a glass of Oregon’s True Character than with a perfectly paired dish. For some, choosing the right wine and food pairing may seem like an art. Discover more about Oregon wines and how to pair them with the perfect recipe.

In 2012, the Beaver State started a new tradition, marking the month of May as Oregon Wine Month. For more than two decades, the Oregon wine industry has celebrated its significant success in producing world-class wines by hosting special activities, luncheons and dinners, where great food is paired with some of the best wines from one of the state’s 995 wineries.

Over the past 50 years, Oregon’s wine industry has grown remarkably, especially with its Pinot Noirs. In fact, it offers some of the world’s best Pinots. Located in the northwest of the United States, Oregon is considered an insider tip amongst wine lovers. The reason for the high quality wines, however, is no secret: The Pacific coast offers an ideal combination of rich soil and a favorable climate.

Oregon has a total of five major growing regions: Rogue, Applegate, Umpqua, Willamette Valley, and the Columbia River Valley. In terms of the number of wineries, it ranks third in the United States, following California.

The Willamette Valley, one of Oregon’s largest wine-growing regions, is also known as the “Valley of Flavor.” Situated between the Pacific Ocean and the Cascade Mountains, winegrowers find ideal conditions here with its sunny, cool mountain slopes, long, and mild summer days, and fertile volcanic soil. In 1966 the first Pinot Noir and Chardonnay vines were planted in the Willamette Valley along with the first Pinot Gris vines in all of America. Both Pinot Noir and Pinot Gris have been top sellers ever since.

Today, the Pinot Noir variety accounts for about half of the grapes grown in Oregon. Even though it took a few decades for it to find enthusiasts outside the state’s borders, today Oregon is regarded as one of the premier Pinot-producing regions in the world.

There is so much to discover in the vast expanse of the Oregon wine country. Don’t know where to start? Here are some wine pairings that can help bring a little bit of Oregon to your table.

Chicken Forestiere – “of the forest” – is a hearty French classic destined for a terroir-driven wine like Oregon Pinot Noir. Chef Aaron Barnett of St. Jack in Portland has perfected the hearty Whole Roasted Chicken Forestiere. The earthy flavors inherent in Oregon Pinot will both accentuate, and be accentuated by, the hearty treatment of thyme, nutmeg, shallots, and mushrooms, and the chicken won’t overpower a delicate Pinot Noir the way many red meats can.

Slightly chilled, the versatile red is also suitable as an aperitif with cheese snacks or canapés.

There are many more recipes that compliment Pinot Noir and the other different varieties of Oregon wine. It’s about finding a balance between flavors and aroma, the body of the wine and the “weight” of the dish. Some powerful wines can overpower a delicate dish and vice versa.

Also based in Portland, Chef Jason French of Ned Ludd, has created a delightful recipe that pairs nicely with Oregon Riesling: Spring pea pasta with bay shrimp and sweetheart ham.

If you don’t drink your whole bottle of wine while cooking (as Jason nearly suggests), you’ll be rewarded by this pairing.

An off-dry Oregon Riesling matches and accentuates so many flavors in his dish. The sweetness of the peas, ham, and cream base will be balanced by a crisp acidity, while the lemon and parsley garnish will draw out citrus and herbal notes natural to cool climate Riesling.

Oregon’s Riesling is still flying under the radar but deserves major attention as the acidity lends each sip balance, energy, and food-friendliness.

Oregon Riesling is most often dry or off-dry with a powerful and distinctive floral and apple-like aroma. Other frequently encountered flavors include peach, apple, and pear.

Looking for a refreshing, yet satisfying salad to go with your cool glass of Oregon Chardonnay? The Grilled Radicchio and Cannellini Bean Salad, developed by Chef Kristin Marchesi of Montinore Estate in Forest Grove, Oregon, may just be the recipe for you.

The slightly bitter nature of the Radicchio is unique to this salad. Mixed together with cannellini beans and tomatoes, the striking aroma of this decorative salad is balanced exceptionally well. Often redolent of apples, lemons, peaches or tropical fruits, Oregon Chardonnay comes with a fantastic balanced acidity that goes well with this aromatic salad.

Cool climate Chardonnay, like those often produced in Oregon, are inspired by the crisp whites of Burgundy, and can be dramatically different from the oaked interpretations of California. The acidity and minerality will complement the vegetal elements and oil, while the full body will provide structure to support the charred radicchio.

Wine pairings don’t only have to be savory. The Oregon Grape Galette, also developed by Kristin Marchesi, is perfectly complemented by a glass of crisp sparkling wine. Not only will a crisp sparkling wine stand up to the fruit and sugar in the galette, but the bready quality will also pair well with the flaky golden crust.

Crispy on the outside and fruity on the inside, this grape galette with puff pastry is quickly made and is a fantastic finish to a weekend meal.

With its rustic shape and bold flavor, the Oregon Grape Galette is the perfect treat to bring to a get-together. Make sure to use seedless grapes to ensure the best texture and have them looking good even after baking.

Whatever wine variety is your favorite, let’s celebrate Oregon and its exceptional wines in May and share a glass of Oregon’s True Character. Cheers!

Chocolate Tart with Raspberry Sour Cream You can never go wrong with a chocolate tart. Enjoy the classic combination of…
read article 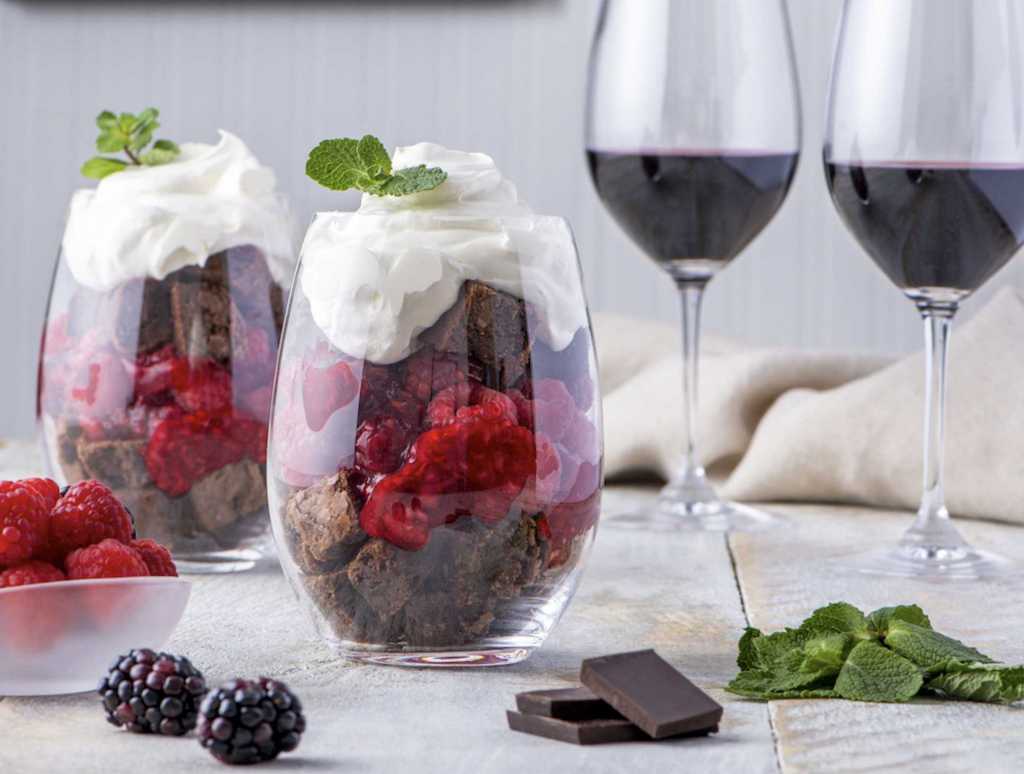 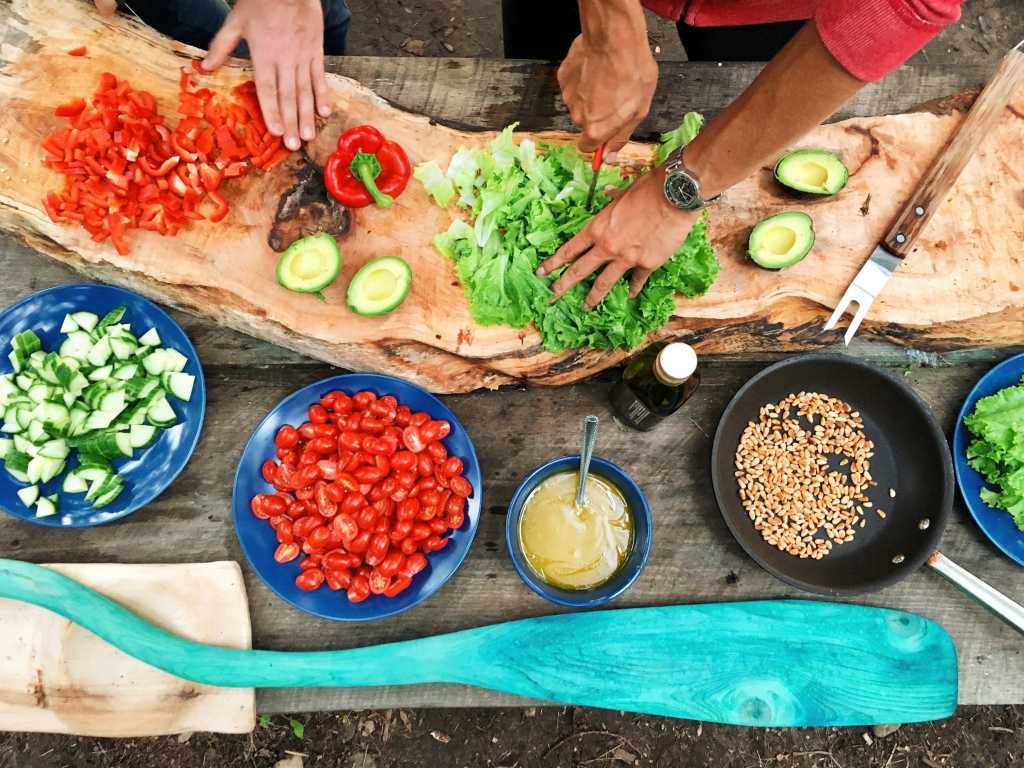